So much has happened during the year that has passed, we don’t really know where to start! 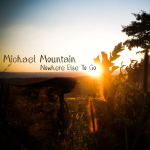 The beginning of the year saw our second album release with Michael Mountain‘s fantastic debut ‘Nowhere Else To Go’. Michael is a small scale tobacco and maize farmer who spends most of his time in his village, a remote place in the hills west of Nkhata Bay town. When he’s not toiling the fields, he’ll be sitting in the shade under a tree, writing beautiful reggae tunes. Our favourite is the last track of the album – ‘Working With My Tools’.

In April, we headed back to Malawi, where we welcomed a TV crew from CNN to make a feature on the music and musicians of Nkhata Bay. The segment ‘The Lyrical Language of Malawi’ was aired in June on CNN’s African Voices show, mainly focusing on Danny Kalima and with musical contributions by Gasper Nali and The Jah Family Band (in our studio). 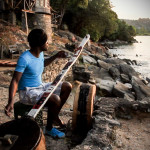 In May we got the news that an 5 year old video clip of Gasper Nali playing and singing on the lake shore had gone viral with millions of views on Facebook, so we agreed with Gasper to re-record a proper version of the song in our studio, which we promptly released together with a new music video. Shortly thereafter we followed up by also recording the full album, ‘Abale Ndikuwuzeni’.

During this time we also recorded both Konkalazi, a great Afro-Funk band from Lilongwe (Fronted by our own Danny Kalima), and the young and very talented Adrian Kwelepeta – both albums to be released in 2016. 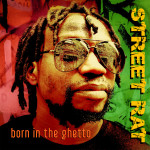 September was incredibly busy and began with our release of Street Rat‘s album ‘Born In The Ghetto’. The album was mixed in Edinburgh, UK, earlier in the year alongside the making of a music video for the single ‘Singing Mood’. Although Street Rat (a.k.a. Davie Luhanga) now lives in Edinburgh with his wife and young child, this hard hitting reggae album was tracked in Mzuzu, Malawi in 2014 with some of the finest musicians the city can offer.

The end of September of course means the Malawian international Lake of Stars music festival and of course Spare Dog Records was there. Six acts tied to the label were performing: Danny Kalima, Michael Mountain, Gasper Nali, Adrian Kwelepeta, Konkalazi and The Moods Malawi, and it was three fantastic days where we couldn’t have wished for anything more (except a few extra hours of sleep).

Following the festival we once again packed our bags to head for a few months’ stay in the UK. We had a 12 days stop-over (!) in Addis Ababa, to enjoy a (we think) well deserved break and to check out the music of this huge city with it’s immense cultural history. 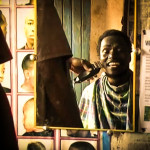 November saw the big AFRIMA 2015 (All Africa Music Awards) ceremony in Lagos, Nigeria. Danny Kalima and his music video ‘Dusty City’ (from the 2014 debut album ‘The Young Shall Grow’) had been nominated in the ‘Best African Soul/RnB artist’ category. Although not winning the trophy in the end, we think it was an incredible achievement to make it there as the only Malawian nominee and in the face of thousands of competing artists. 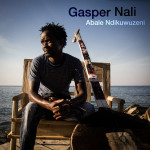 The year was concluded with the release of Gasper Nali‘s full length album ‘Abale Ndikuwuzeni’ in December. As we are writing this Gasper has had around 20 million views and so the release has been widely anticipated. A fitting end to a fantastic year – musical sunshine for us in a cold Europe!

In a few weeks, Spare Dog Records will be returning to Nkhata Bay, Malawi, and there will be lots of exciting things to be expected. First and foremost, here are the next planned releases for 2016: 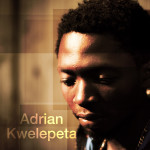 The recording of the young and very talented Lilongwe artist Adrian Kwelepeta was already done in August of 2015 and the mixing and finalisation is just under way – and it will be something out of the ordinary. With only an acoustic guitar, a brilliant voice and a song-writing of rare maturity, he’s creating what we believe will be the stuff of legends. Utilising his resources to the max, he’ll beat-box, chant, breathe, sing, bellow – one second sounding like tribal warriors, the next becoming an angel’s choir. And it all sounds beautiful and… eerily modern. 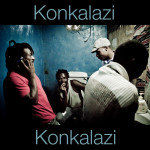 Fronted by singer Danny Kalima, Konkalazi is packing a big punch of great musicianship and groove. Mixing up a distinctly Malawian style with great reggae vibes and funk, we’re sure international recognition is around the corner. 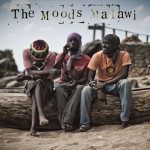 Of course we’ve also got a few unnamed new and returning artists to be recorded while in Malawi, a few music videos to make, interviews and photos to share. On top of that – we’re always on the look-out for new talent.

During 2016, we will also look into releasing more Malawi music not necessarily recorded in our own studio. This would include selected albums not previously released internationally. Stay tuned to find out which favourite Malawian artists and bands will become available around the globe.

We are also working towards bringing Malawian artists abroad for a festival tour this coming summer, as a way to further promote the country’s music and the artists’ names.

This website will also get some new features, such as a proper web-shop for direct purchases of both digital and ‘real’ music and merchandise. This way, by circumventing 3rd party vendors, your money will go further to support the artists and this project. Another idea in the making is to make it possible for artists and bands from all over the world to come to us in Malawi for recordings and inspiration in what must be one of the world’s most beautiful setting for a music studio.

All in all, we’re expecting a very interesting year ahead and we hope that you’ll be there with us to see how everything unfolds! If you haven’t already – please make sure to keep yourself informed by connecting with us through the various social media platforms below.