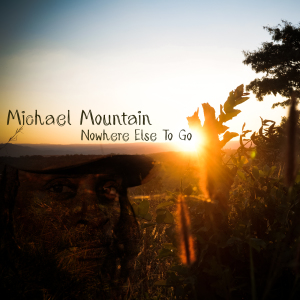 This album is traditional, yet something fresh, and far from contemporary European one drop or dirty Jamaican dancehall.Erik Magni, 12 Feb 2015. www.unitedreggae.com

The album ‘Nowhere Else To Go’ is a Malawian old school, low-key kind of reggae, still vibrant and full of life. Michael’s singing takes centre stage in front of a band that produces an organic and sometimes almost fragile vibe. It was mainly recorded in a studio on the shores of Lake Malawi, where Michael’s soulful voice was backed up by a crew of fantastic musicians from the Nkhata-Bay area. A few overdubs, some finishing touches and the mixing was done in Sweden and the result of this collaboration is something quite special.

Michael Mountain, the composer and singer, is a multifaceted man. He is a small-scale tobacco and maize farmer, a community organiser, a reflective thinker, a prolific songwriter and a charismatic artist. On one hand he is deeply rooted in the spirituality of the Rastafari movement, on the other, immersed in the local politics of being chief of a small village. Raised and educated in Zambia, Michael now lives the humble lifestyle common to most people in rural Malawi with his wife and two young children. The front porch of their small house is his favourite place. From there he can clearly see life from a different point of view and put these reflections into song.

The album tells unique stories from the hills and villages of northern Malawi. The music affirms it’s roots in Jamaica as well as being deeply ingrained with the African soil from which it grew. The lyrics often depict African real-life with its tales of hardships and of love, but Michael also writes passionately about social issues and about the mystical.

Michael and Mattias Stålnacke from Spare Dog Records met in the autumn of 2011 after a show in Nkhata Bay. They became good friends and decided early on to work together – and that work subsequently lead to this album, and hopefully many more in the future.

‘Nowhere Else To Go’ – Michael Mountain

Official music video, and the title track of Michael Mountain’s new album with the same name. It tells the story of a man leaving his village and family in search of work. In the current economic climate of Malawi, jobs are hard to find, and he gets refused everywhere he goes. The video was recorded on location in Michael’s own village and shows the journey down the mountain towards the more urban centre of Nkhata Bay.