Skip to content
His music is simple but joyous, and totally infectious. ☆☆☆☆Songlines Magazine (#115) 2016
Gasper is a one man party! It’s completely impossible to stop moving – and just as impossible to stop smiling!Bandcamp Fan 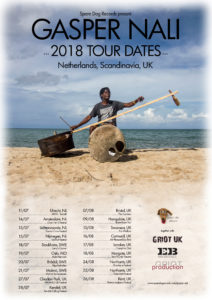 Gasper Nali has been an Internet Phenomena of late. A very old video of his song ‘A Bale Ndikuwuzeni’ has lately received more than 18 million views on Facebook & YouTube.

Of course we wanted the world to hear his music in full force, so we asked Gasper to come down to the studio to record the hit song properly. The first single, the famous ‘A Bale Ndikuwuzeni’ song, was released in July 2015 together with a new music video.

Gasper, 35, lives a quite modest life in the small town of Nkhata Bay on the shores of northern Lake Malawi. In his younger years, he and his brothers would travel a bit with a family band in order to make money, but these days he lives alone in a small house in Nkhata Bay, mainly supporting himself by playing regular shows in town.

The instrument he’s playing is called a ‘Babatoni’, it’s a home made bass guitar, about 3 metres long, with one string and a cow skin drum as a resonating box.

He plays it with a stick and an empty bottle, and together with a cow skin bass drum and a great voice, he creates the most amazing and danceable original Afro Beats possible! 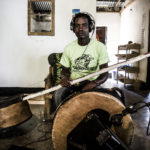 We are working to upload more videos in a series of interviews for everyone who is interested in knowing more about Gasper’s own story, his instrument and music. The series is called ‘Gasper Nali on…’ and the first 5 min episode is already up on youtube – ‘Gasper Nali on… How to play the Babatoni’ (video below). Keep an eye on this space to catch the next instalments as they are released! 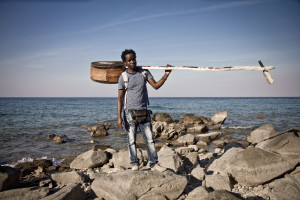 “When I first heard him a few years back, I couldn’t believe my ears! The sound, the haunting melodies and that hypnotic rhythm – there’s just nothing like it out there.”

The debut full length studio album (also ‘Abale Nkdikuwuzeni) was released on 7th December 2015. The Chichewa title roughly translates to ‘People, I Want to Tell You’

Gasper has performed on the main stage of the ‘Lake Of Stars’ international music festival in 2015 and 2016, jammed with Joss Stone (see video below) and been remixed by Aroop Roy on Sol Power Sound.

The Gasper Nali 2018 Tour saw him for the first time play in The Netherlands, Scandinavia & the UK during July and August 2018 to great success. Check out tour dates here.

The new album ‘Zoona Malawi’ will be released on wax in November 2018 together with US label Mississippi Records and Swedish label Sing a Song Fighter. It was recorded live in it’s rawest form on the shore of Lake Malawi, and contains no overdubs or additional sounds – Just Gasper doing his thing! Link to full Gasper Nali discography.

Gasper Nali on… How to play the Babatoni

If you are wondering about the lyrics of the songs, the translation can be found here