“Moto Wambili Studios records and produces the music of some fantastic Malawian artists locally – Spare Dog Records ensures that they can and will be heard around the world.”

…or find the fuller story here.

The man behind the music 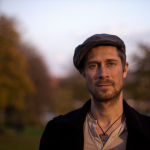 Mission:   To share contemporary Malawian music with the world and to create an additional income for talented musicians in Malawi

Previous jobs:    Rock ‘n’ roll guitarist with ‘The Animal Five’, ‘The Culture in Memoriam’ and others. Teacher for guitar players and other music related stuff. Music studio guy. Postman.

Spare Dog Records is a Bristol (UK) based independent record label which releases and promotes original contemporary music from the small country of Malawi in the subtropics of Central Southern Africa.

Launched in 2014, Spare Dog Records is the younger sister of Moto Wambili Studios, a recording studio on the shores of Lake Malawi.

While Moto Wambili Studios records and produces the music of some fantastic Malawian artists locally, Spare Dog Records ensures that they can and will be heard around the world. Reggae, Afro-Beat and Soul – all with some traditional influences, are just some of the sweet sounds coming from Malawi, the Warm heart of Africa.

For many artists in the country, even with a professionally produced album, sales are done hand to hand and have little chance of reaching outside its borders. Spare Dog Records, offers the opportunity for these artists to release the music on a wholly different scale.

By releasing the music online and promoting the artists outside Africa, Spare Dog Records does three things: