In Malawi, Street Rat is a well known and respected artist, who’s made his name as front man and band leader of bands like ‘Souls of the Ghetto’ and ‘Body Mind & Soul’. A veteran to the Malawi scene, in Europe he’s still a newcomer who will have to prove his worth and talent once again.

Street Rat finally released his first international album, ‘Born In the Ghetto’ on the 1st September 2015.

Street Rat, a.k.a. Davie Luhanga, is an energetic live artist, who has performed a number of times at major music festivals such as the ‘Lake of Stars’ festival, and who made a European tour in 2008. Although his music spans many genres and styles from heavy reggae to what he calls ‘Voodjaz’ – traditional Malawian rhythms with a jazzy feel – the just released album ‘Born in the Ghetto’ is a dedicated Reggae record. 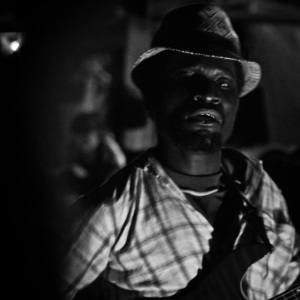