At last, I’ve managed to track down the person who filmed this famous original Gasper Nali clip all those years ago! I finally had a phone call with him (a fellow Swede at that): Anders Olsson. In the 70s he was the co-creator of the travelling puppet theatre group Abellis Magiska Teater (Abelli’s Magical Theatre), and in the late 00s he visited Nkhata Bay, Malawi, and managed to get this wonderful clip recorded, including the dug-out canoe and the distant cloud of lake flies and all.

We didn’t get a chance to talk for very long, but I’m curious to hear his story. He was keen to get in touch with Gasper again after all this time to see where things have gone since   …and I can’t help but wonder if the original capture is still there, and if there might be more video lurking somewhere, past the abrupt cut-off at the 2:59 mark! We’ll let you know 🙂

This year has been a bit of a tough one. Gasper’s summer tour was cancelled and work on the upcoming album has been delayed – but it made me spend some time on backing up and archiving old videos, recordings and pictures from Malawi. And I came across this little gem of Gasper recording vocals for the track Mwana Jeni on the 2015 album Abale Ndikuwuzeni. Enjoy!

It’s with a heavy heart that we must inform you that Gasper Nali’s Netherlands / Belgium / Malaysia tour for June-July 2020 has now officially been cancelled. Of course things had been looking bleak for a while, but with the Dutch government finally declaring all larger events outlawed until September, there’s no chance for it to happen this year.

With a number of excellent bookings now gone, we’re hoping for festivals and booking agents to come together and do a straight one year postponement with the same line-ups where possible, so that Gasper will have a chance to do this tour next year instead.

In light of this new situation, we’ll be planning some other exciting (yet social distancing-friendly) new project ideas for those of you who need another fix of Malawian music ASAP. We’ll keep you posted here on this web site and on our Facebook page. Tionana mtsogolo for now.

P.S. If you need Gasper’s music straight away, go to our Bandcamp page and check it out.

If you’ve wondered why it’s been a bit quiet from us lately, it’s all because of this brand new rock’n’roller demanding a lot of attention! Fear not, we’ll soon get this new member of the crew up to speed, and we’ve got some really exciting announcements in the near future. Stay tuned!

We’ve made a PLAYLIST of all the Spare Dog Records official music videos to date. Go on – have a look!

Let’s have a look at what we did last year, and what lies ahead!

Lonjezo (Chichewa language, meaning ‘Promise’) is a brand new single from Malawi soul giant Danny Kalima, in a kind of chill local pop music style, with a great tropical vibe. Listen to the song right here, click on the cover image to download the track, or better still – go to our shop and pay some money for it, if you want to support the music!

This song was recorded in Lilongwe by DJ Sley – we’re expecting a music video to show up very soon. ENJOY! 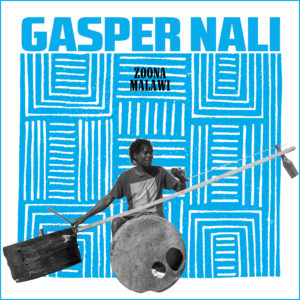