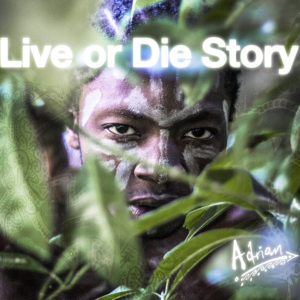 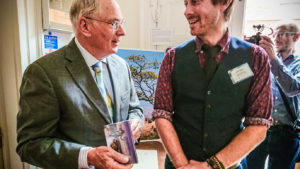 Temwa is a fantastic development organisation from Bristol that work with food security, education, HIV prevention issues etc in the very remote Usisya area of the Nkhata bay region (not very far from where our studio is located). They asked us to come along and play some Malawian music for a royal visit to their Bristol office, and of course we couldn’t say no!

Here’s me having a short chat with Prince Richard, Duke of Gloucester, talking about some of the musical talents that we’re lucky to work with in Malawi. We really hope he enjoys the Gasper Nali CD!

Back in the UK with hot showers, fine ales and super fast internet – we’re ready to dig in and work on the material we’ve recorded with these guys: Gasper Nali, Tonga Heritage, Danny Kalima, Ovaton Voices, Adrian Kwelepeta and more! We’ll keep you all posted more regularly while being in Europe – that’s a promise.

If we didn’t tell you already – we’re back in Nkhata Bay for more content creation. The studio is busy with rehearsals and recordings and the cameras are running hot with stills and new videos. We’re even almost done producing a 30 min documentary and we can’t wait to share that with you.

But for now; here’s proof of Mattias getting back into his ‘Malawi producer look’, ready for some hard work!

Say what you will about the past year, but 2016 has been a great to our little label, with some very exciting things going on for a bunch of our artists. It’s really been the year of development and creating a path for the future. Read all about it below! 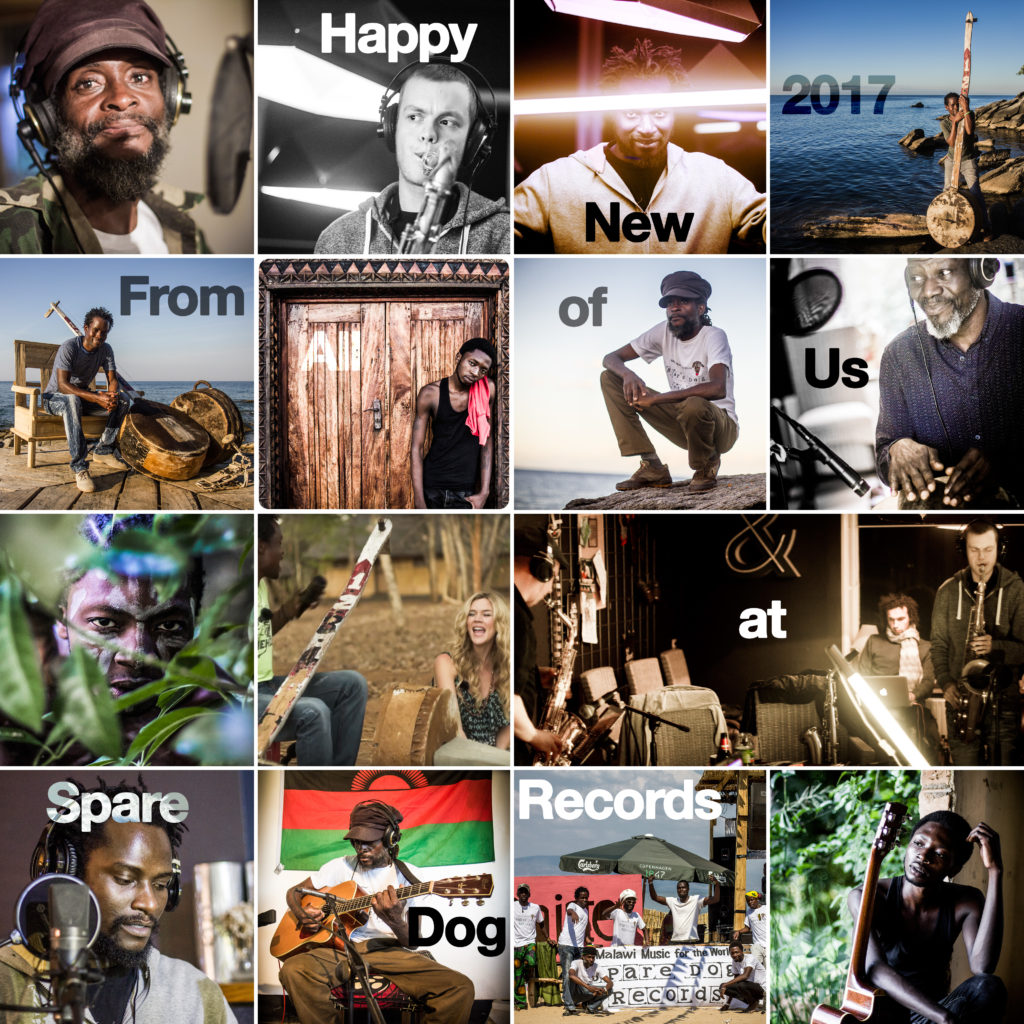 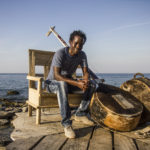 2016 really has been Gasper Nali‘s year, and it looks like it’s only the beginning. Having just released his debut album, January saw a huge peak in Spotify listeners as he got featured on the ‘Discover Weekly’ playlist. This attention gave us the confidence to launch a successful crowd funding campaign to press a good sized batch of physical CDs, finally released in August (with a 4 star review in the prestigious Songlines magazine).

With increasing interest in Gasper’s music all throughout the year, we really feel that we’re about to hit a critical mass. Alongside him playing another acclaimed show at the Lake of Stars festival, having a track remixed and soon to be released on vinyl in the US by Sol Power DC, having the album currently ranked 25th on the Transglobal World Music Chart and doing a great Jam with Joss Stone – we we’re building a network that will see his album in record stores throughout Europe and Gasper himself in a venue near you!

Details are still being finalised, but very soon we’ll be making the first official announcements for the Gasper Nali 2017 European Tour! 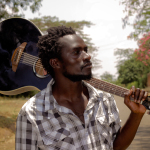 The past year has seen big changes for Danny. Moving to a new continent is a big deal, but Holland has received him well. He’s been working hard to make a name for himself and on top of keeping busy performing around the country, he’s been featured in three episodes of The Voice of Holland TV show – where he’s really been able to show off his skills to a broader audience.

The recording of Danny’s second album is under way, with some great sessions recorded in Apeldoorn in December. He has managed to surround himself with some very fine session musicians – some Dutch, and some coming from various African countries – and together they’re contributing to an album that brings together Danny’s exceptional voice with both traditional and modern elements. This album, though produced far away, has much more of a Malawian framing than his previous record did, and when singing in Chichewa, he can really let his voice come into its own.

Adrian Kwelepeta, 21, is an incredible talented young Malawian artist. Moving seamlessly between contemporary RnB, Folk and the traditional, his songwriting already shows substantial depth and maturity. In his music, besides being a skilled guitarist and percussionist, Adrian is using his distinctive voice not only for singing, it’s also used to build sonic landscapes with vocal percussion, humming, chanting, breathing etc.

The debut album has been over a year in the making, and we’re now almost ready to share it with the world! At this stage of his artistic development, we thought it was important for Adrian to be able to have as much free reign over the creative process as possible, and to find his own musical paths. The result is a fantastic spectra of emerging ideas, emotions and sounds – all centred around really solid song-writing and memorable hooks. We predict great things for Adrian Kwelepeta in the future! 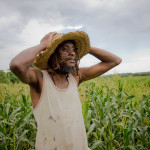 Michael Mountain, the composer and singer, is a multifaceted man. He is a small-scale tobacco and maize farmer, a community organiser, a reflective thinker, a prolific songwriter and a charismatic artist. On one hand he is deeply rooted in the spirituality of the Rastafari movement, on the other, immersed in the local politics of being chief of a small village.

2016 saw Michael’s second album start taking shape. He lives in a very remote area, and makes it down to our town once or twice a month – when we’re in Malawi, we have to make the most of the time we have with him in the studio. His previous album ‘Nowhere Else to Go’ is a beautiful creation from the point of view of the rural poor in Malawi – an album that passed the world by much too quietly. This time we’re about to create something even more powerful and true – to introduce the broader public to this genius of a music man. 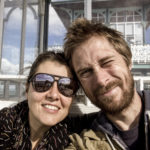 We are truly lucky to be able to work with these (and many more) great Malawian artists, and it certainly looks like this year will bring more adventures and more fantastic music than ever. We started 2017 in Bristol, UK, but will once again head over to Malawi in a few weeks to open the doors to ‘Moto Wambili Studios‘, our production house in Nkhata Bay, on the shore of the ever so beautiful Lake Malawi.

On 1 Dec 2016, Joss Stone played a show in Lilongwe as a part of her ‘Total World Tour’. During her stay, she wouldn’t miss the opportunity for a little jam session with our own roots hero Gasper Nali. Here’s the resulting gem of a video:

Here’s a first peek at the rising Malawi star Adrian Kwelepeta’s upcoming album ‘Live or Die Story’. Adrian is an incredibly multi-talented young artist and we couldn’t be happier to be able to work with him on this project! This is our session footage of recording the track ‘Eyo’.

Last weekend Spare Dog Records went for some fun at the great Shambala Music Festival – playing our Malawi records from the main stage!

We also managed to make time to hang out with our crew DJ Drew Moyo who was there for a DJ set himself, our own Davie Luhanga (aka Street Rat) who did a great one-man ‘Voodjazz’ show on the Sankofa’s stage, and the good people from Temwa, working hard to alleviate the current food crisis in Malawi.

Please check out their links – it’s well worth it!

The album has landed! 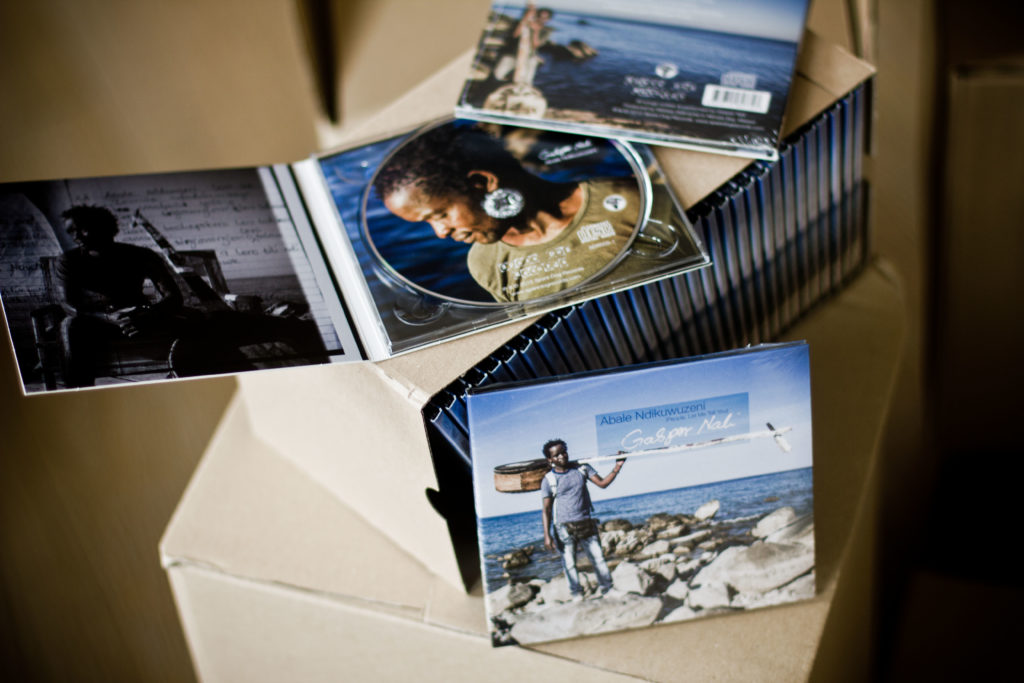 Gasper Nali’s CD ‘Abale Ndikuwuzeni’ is here and will be distributed to crowdfunders and pre-orderers starting tomorrow! If you haven’t already ordered one here’s where you find it. We are thrilled!